You are here: Home / Bible Stories / Galatians Part I

I’ve been reading through much of the New Testament lately and have found many great insights I would love to share  It’s funny how insightful the guy who created the universe is, isn’t it?  Anyway, today I would like to begin working through the book of Galatians covering the first two chapters today. 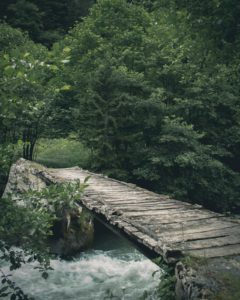 As with most of Pauls letters, Galatians begins with a greeting and a short reminder of the sacrifice of Christ (v. 3-5).  Additionally, Paul immediately begins with a rebuke of the church for their perversion of the Gospel, as he does in several of his other letters.  It is amazing just how quickly we humans turn from what is true in favor of what is comfortable.

In verses 11-14, Paul defends his calling and authority as an apostle of Christ, giving the Galatians a reminder of his history as a persecutor of the early church:

“For I would have you know, brothers, that the gospel that was preached by me is not man’s gospel.  For I did not receive it from any man, nor was I taught it, but I received it through a revelation of Jesus Christ.  For you have heard of my former life in Judaism, how I persecuted the church of God violently and tried to destroy it.  And I was advancing in Judaism beyond many of my own age among my people, so extremely zealous was I for the traditions of my fathers.” – Galatians 1:11-14

While this may seem a whole lot like boasting, notice where his focus is.  Christ saved him.  It was nothing he had done. He highlights how he had formerly tried to earn his salvation, being one of the most zealous of all the Jews.  It’s important to note when he says that this isn’t man’s gospel.  We didn’t make this stuff up.  Given all the evidence all throughout the Bible and even our own lives, it’s obvious that humans are terrible at staying true to what they’ve been taught, even for a few years, let alone thousands!  If this was man’s gospel, it would have been corrupted long before it reached our ears.  Yet, because of the Holy Spirit, it is possible for us to follow the same Christ that Paul did thousands of years ago.

This next part is a section that I find interesting, and I  may eventually write a separate post on it:

“But when he who had set me apart before I was born, and who called me by his grace, was pleased to reveal his Son to me, in order that I might preach him among the Gentiles, I did not immediately consult with anyone; nor did I go up to Jerusalem to those who were apostles before me, but I went away into Arabia, and returned again to Damascus.” – Galatians 1:15-17

I like that Paul doesn’t go immediately to Jerusalem to get the blessing of the apostles or formal training, he just goes.  He realizes that he doesn’t need the approval of man or a four-year college degree to preach the Gospel because Jesus has already personally commissioned him to do so.  That’s not to say formal training isn’t useful, I myself am planning on going to college, but it’s not required to preach the Gospel.  To do that, all you need is the Holy Spirit.

Now we begin to get to the main subject of this entire book.  Paul is writing to the Galatians primarily to explain the church’s relationship with the old covenant (the Mosaic Law) as compared to the new covenant (faith in Christ).

In verses 1-14 of chapter 2, we see Paul confront Peter for his hypocritical actions, refusing to eat with the gentiles while Jews were present.  Paul condemns him for displaying to the Gentiles that they must live like Jews to be saved.

“But if, in our endeavor to be justified in Christ, we too were found to be sinners, is Christ then a servant of sin? Certainly not!  For if I rebuild what I tore down, I prove myself to be a transgressor.  For through the law I died to the law, so that I might live to God.  I have been crucified with Christ. It is no longer I who live, but Christ who lives in me. And the life I now live in the flesh I live by faith in the Son of God, who loved me and gave himself for me.  I do not nullify the grace of God, for if righteousness were through the law, then Christ died for no purpose.” – Galatians 2:15-20

Christ is the thing that justifies, not the Law (v. 15-17).  We’ll be talking more about this concept in the next couple weeks, but here Paul plainly lays out the thing that truly saves.  The Law has it’s place and is useful for many things in the life of a Christian, but ultimately it cannot save.  If it could, Christ died needlessly, did He not (v. 20)?  Why would God put His son through such intense suffering without cause?  The answer?  He didn’t.  There is only one path to the Father, and that is through His Son.