You are here: Home / Bible Stories / If You Do Well

Genesis is rife with struggle between siblings.  Stories tell of the strife of Jacob and Esau, the conflict of Joseph and 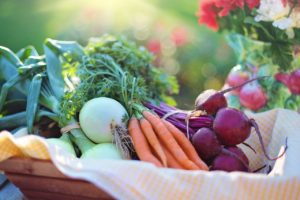 his brothers.  It all begins in the fourth chapter with the first brothers.  Isn’t it sad how soon after creation we turned to violence?  Let’s take a look at the reason behind Cain’s outburst:

“1Now Adam knew Eve his wife, and she conceived and bore Cain, saying, ‘I have gotten a man with the help of the LORD.’ 2And again, she bore his brother Abel. Now Abel was a keeper of sheep, and Cain a worker of the ground. 3In the course of time Cain brought to the LORD an offering of the fruit of the ground, 4and Abel also brought of the firstborn of his flock and of their fat portions. And the LORD had regard for Abel and his offering, 5but for Cain and his offering he had no regard. So Cain was very angry, and his face fell.” – Genesis 4:1-5

Many would point to these verses as proof that God simply favors some of His children over others, with no particular reason.  People of this mindset would say that since there was no difference in the quality of offering that each brother made.  They each gave of the first-fruits of their respective field.  This isn’t the case though.  There was a difference between the offerings.  In the next couple of verses, God sheds some light on the reason behind His favoring of one gift over another:

“6The LORD said to Cain, ‘Why are you angry, and why has your face fallen? 7If you do well, will you not be accepted?  And if you do not do well, sin is crouching at the door. Its desire is contrary to you, but you must rule over it.'” – Genesis 4:6-7

God didn’t simply choose Abel as His favorite and cast Cain to the side on a whim.  Cain didn’t do well.  He didn’t serve God with the willingness and sincerity that Abel did.  Abel did well, Cain did not.  This should be a warning to us.  In everything we do, we have the choice to do it well, or we can take the easy route and work a little less.

Notice that the difference wasn’t so much in the action.  Both brothers gave offerings.  Cain’s fault wasn’t in neglecting to give an offering, but in giving an offering begrudgingly.  It doesn’t say in Genesis whether Cain gave of his firstfruits of his crop or his best in quality.  Abel, He says, brought of the firstlings of his flock and their fat portions.  He brought his best.

Regardless of the quality of their offerings, God still saw their hearts.  In everything we do, we should do it “as unto the Lord and not for men.” (Colossians 3:23)  We’re not living for ourselves.  We’re living to glorify the God who made us and to tell others about His greatness.  We should live with an attitude of joy that we even have the opportunity to serve our Creator!  Any lesser god would have wiped us out the moment we rejected Him, but time and time again, Get shows us His endless mercy.

Just look at how the story of Cain ends.  He just killed his brother in cold blood and was the first to commit murder in the entirety of human history.  Did God do the same to him that he just did to his brother?  No.  He certainly would have deserved it, but our God isn’t like us.  He is merciful, even though we don’t deserve it.  Shouldn’t this compel us to want to worship and serve Him all the more?