You are here: Home / Bible Stories / A Truth and a Lie

One of the most amazing things about Jesus is that he not only came and died for us but before that, he took the 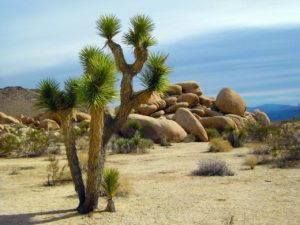 time to understand us.  Before he even started his ministry, he spent thirty years just living, understanding the human experience.  He was tempted in every way we are, so he understands everything we go through, big or small.  I’d like to look at one particular well known time when Jesus was persecuted: the forty days in the wilderness.

Jesus had just been baptized, and he headed off into the wilderness and fasted for forty days.  Forty days.  The most I’ve ever fasted is one day, and that was hard enough.  I can’t even imagine forty!  I say this to make a point.  He didn’t just passively learn a few things about temptation while he was here.  He didn’t avoid the hard things.  No, he faced them head-on with boldness.  The devil came to him then when he was weakest.  He waited until now, after Jesus hadn’t eaten for forty days and was hungry and exhausted to try and break him.

‘The devil said to him, ‘If you are the Son of God, command this stone to become bread.’ And Jesus answered him, ‘It is written, ‘Man shall not live by bread alone.”” – Luke 4:3-4

Jesus’ first response was scripture.  Before he turned to logic or reason he went to scripture.  The Bible is a valuable tool.  It is the story of how a God that knew us from before the beginning of time loved us so much that he died for us.  It can help us in every day of our lives.  Jesus was only able to quote it because he knew it, though.  If we don’t read the Truth, how can we expect to defend ourselves when we are confronted with lies?  Next, the devil tempted him with power:

“And the devil took him up and showed him all the kingdoms of the world in a moment of time, and said to him, ‘To you I will give all this authority and their glory, for it has been delivered to me, and I give it to whom I will.  If you, then, will worship me, it will all be yours.’ And Jesus answered him, ‘It is written,‘You shall worship the Lord your God,
and him only shall you serve.’'” – Luke 4:5-8

He offered him anything he could ever want in exchange for a head nod.  I wonder if I would have taken the deal had it been me standing there.  Jesus recognized the lie though.  Jesus is the Son of God, he already has all the kingdoms of the world and all authority and glory.  Knowing the lies of the enemy is key to overcoming temptation.  I love this quote by C.S. Lewis addressing desires and temptations.  It points out how pale our temptations are in relation to what we are offered in Christ.

“It would seem that Our Lord finds our desires not too strong, but too weak. We are half-hearted creatures, fooling about with drink and sex and ambition when infinite joy is offered us, like an ignorant child who wants to go on making mud pies in a slum because he cannot imagine what is meant by the offer of a holiday at the sea. We are far too easily pleased.” – C.S. Lewis, The Weight of Glory

Fighting the Lies with Truth

Finally, Satan challenges Jesus.  He questions his authority and twists the scriptures to suit his lies.

“And he took him to Jerusalem and set him on the pinnacle of the temple and said to him, ‘If you are the Son of God, throw yourself down from here, for it is written,‘He will command his angels concerning you,
to guard you,’ and ‘On their hands they will bear you up,
lest you strike your foot against a stone.’’

“And Jesus answered him, ‘It is said, ‘You shall not put the Lord your God to the test.’’ And when the devil had ended every temptation, he departed from him until an opportune time.'” – Luke 4:9-13

Here, he even quotes scripture.  This is yet another reason why we need to know our Bibles well.  If we never read them, we won’t know when they are being taken out of context.  Satan’s lie sounded believable.  The Bible really does say that angels will guard him and bear him up.  He twisted the context just enough that it still sounded good, yet served only his own purposes.  Again, Jesus responded with scripture.