You are here: Home / Changing the Nation / The “Good” People

Today’s post is going to be  a little bit of a different style than what I usually do.  I want to take this time to discuss a 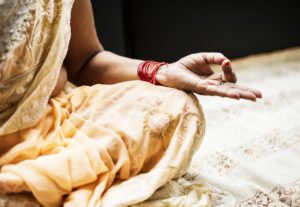 common reasoning used by many people, Christian and non-Christian alike.  Newer or less experienced Christians often have trouble responding to it, or even believe it themselves, so today I want to go through it with you and discuss it a little bit.  This is the believe that “all people go to a good place when they die.”

To start off, I’ll provide some elaboration on the argument to better understand the reasoning behind it.  Those that say this will often say that, if God is a fair and just God, how could He allow one group of “good” people to go to heaven when they die, yet deny other “good” people entry simply because they followed a different set of beliefs?  Is this just?  I mean, they were Hindus or Buddhists, and prayed and meditated regularly, were kind to others and gave everything they had to the poor around them, is it not fair for them to go to a good place when they die?

Look at it this way.  We as Christians believe salvation is a free gift from God, given to us not because of our works or how “good” we are, but because He loves us and wants us to be with Him.  How fair would it be for that same God to freely give eternal life to Christians, but require everyone else to work to be a “good person” in order to obtain the very same gift freely given to us?  That would be unjust!  Requiring one to work for what you freely give to another is not love.

But what about those who have never heard the gospel?  Surely they get a free pass right?  I mean, they never even had a chance!  This, too is a flawed viewpoint.  If this were truly the case, then the worst thing we could do as Christians is to spread the gospel!  After all, if we never preached it, then they would never hear it, and would be able to go to heaven without ever making a change.  We’d be better off sticking to little isolated communities, never telling the world about our Savior.  This isn’t the case though.  There are definitely people out there who have never heard the gospel, and that should scare us!  That should consume us with an overwhelming desire to tell as many people as possible, because if we don’t, who will?  Consider this passage from the Gospel of Luke:

This is from a story told by Jesus about a poor beggar named Lazarus who lived outside the gates of a wealthy man.  After they both died, the rich man made this plea from Hell to Abraham, who stood beside Lazarus in Heaven.  Even the dead beg for their brothers to be told of Christ!  Nobody gets a “free pass” to Heaven, so that means all the more that we shouldn’t waste a second of our lives sitting idle, while people are dying without ever hearing about our Jesus.  Being “good enough”  won’t get you into Heaven, and not hearing is no excuse.  I challenge you to change your mindset on this, and to share it with others as well.