You are here: Home / Changing the Nation / Carry Your Cross Daily

“And he said to all, ‘If anyone would come after me, let him deny himself and take up his cross daily and follow me.” – Luke 9:23

I love this verse.  It’s a fairly popular one, but I think that the depth of it goes so much deeper than what most people 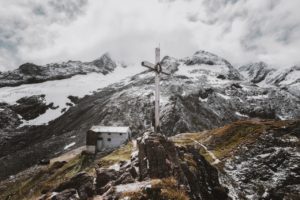 consider when they read it.  For most it’s just a call to live a Christian life, and for the most part it is.  This call goes far deeper than most people consider when they read it, though.  Think about it, what happened to Jesus after he carried his cross?  He died on it.  Doesn’t his command to follow him lead us down that very same road to Golgotha?

That’s no light calling.  Notice, however, this command isn’t just targeted to the disciples.  He didn’t just tell this to his closest followers.  No, he says if anyone would follow him they must do this.  Now, that’s not to say all of us need to sell our houses and move to Africa.  Not every Christian is called to do that.  People in your workplace need Jesus just as much as people in Africa.  What it does mean is that we are called to give all that we have for Him.  We might not be popular for this, and we may get into uncomfortable situations, but this life isn’t about comfort.  That’s what Heaven is for.  A little discomfort here pales in comparison to the eternity of God’s presence that comes after.

“For whoever would save his life will lose it, but whoever loses his life for my sake will save it.  For what does it profit a man if he gains the whole world and loses or forfeits himself?  For whoever is ashamed of me and of my words, of him will the Son of Man be ashamed when he comes in his glory and the glory of the Father and of the holy angels.” – Luke 9:24-26

Jesus didn’t suffer so that we don’t have to suffer.  He suffered so that we could be with him.  Life will be hard, bad things will happen, but think about it this way:  What an honor it is to follow in the footsteps of the One who made it possible for us to know God!

Just imagine laying on the ground, and a few feet away you see Jesus laying next to you as the whips cut into his back, and they’re slicing into yours.  You look into his eyes, and it hurts and the pain is almost unbearable, but there’s such an unparalleled fellowship in that moment.  You walk down the road, a heavy beam pressing against your bleeding back, and you hear Jesus say, “Just a little bit farther.” and you look back and say, “I’m here, I’m here Jesus.”   As the nails are hammered into your hands and his, you hang there, looking sideways at the only man that was willing to take this pain to save you.

The scene is gruesome, but could you find any closer fellowship than that?  Not just sitting back and watching in horror as Jesus was crucified, but actually going through it with him.  Going through that may be excruciatingly painful and unfathomably difficult, but there is no greater certainty that you are for real than being tested in the same way that Jesus was.

“I seek not a long life, but a full one, like you Lord Jesus.” – Jim Elliot