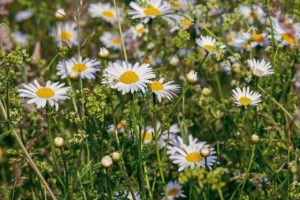 This story is also beautiful, but it carries with it great sorrow and pain as well, so hold tight.

To begin, we look at day six of creation.  God spent five days preparing the earth for the creation of this one, specific being that He was going to create in His own image, to take care of this world He had made.  Now, that process is finished.  The world has been ready, and God says this:

“Then God said, ‘Let Us make man in Our image, according to Our likeness; and let them rule over the fish of the sea and over the birds of the sky and over the cattle and over all the earth, and over every creeping thing that creeps on the earth.’ God created man in His own image, in the image of God He created him; male and female He created them.” – Genesis 1:26-27

Our.  God is not singular, but plural.  He is a Trinity, a community.  By making us in His image, He made us for community.  This is the origin for the fundamental need for others ingrained into all of us.  It is also the first foreshadowing of the church, the community that God created us for.

Next, God blessed man, and He provided for Him.  First, He tells them to be fruitful and multiply; to fill the earth and subdue it.  Notice that God didn’t leave us on the earth and tell us to figure it out.  He gave us everything we needed and more, not just what we need to survive, plants, beast, and the knowledge to put their tools to use.

In chapter two we kinda take a step back and look at the creation of man in a little more detail.  This is such an important verse right here:

“And the LORD God formed man of the dust of the ground, and breathed into his nostrils the breath of life; and man became a living soul.” – Genesis 2:7

This right here is the point at which Man entered existence.  This is the beginning of us.  God takes a step back from creating all of the universe, and all of the creatures that walk the earth.  He takes His infinite mind and focuses it on one single task.  Then, He created us.  This is where we incur a debt that we can never repay.  God, the creator of the universe, chose to create us, and to give us a living soul.  How, then, could we do anything but offer our lives to Him?

And behold, it was very good.