You are here: Home / Changing the Nation / “I Only Have One Son” 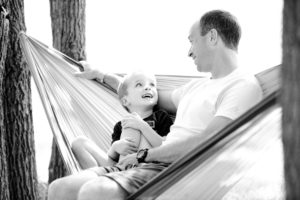 There once was a missionary serving in Japan.  He was preaching a sermon at his church, relying on his friend to act as

translator between him and the congregation.  They were preaching on the story of Abraham and Isaac that day.  Looking down at his Bible, he casually asked his translator to read a section of Genesis 22, where Isaac is to be sacrificed as a burnt offering by his own father.

“I only have one son.”   For a moment, the missionary was confused, but slowly he began to realize fully what he meant.  The translator could not imagine sacrificing his only son, as Abraham was willing to do.  If this man was unwilling to sacrifice his only son, how great a cost was it for God to sacrifice His only son, who was not only His son, but Him?

Think about it.  I’m sure that most of us, however strong our faith, would at least hesitate to do what both Abraham and God did.  Yet they did it.  They were willing to sacrifice their only sons.  Why?  Well, for different reasons.  Abraham was willing to sacrifice Isaac out of complete love and trust in God.  God, on the other hand, sacrificed Jesus out of love for us.  He loved us so much, and wanted to be with us so much, that it was worth the cost of even His only son’s life to get us back after we willingly ran away from Him.

So how much are we willing to sacrifice for Christ?  If not our son, our job, or home, our career, our friends?  God doesn’t demand most of our attention and effort.  He demands all of it.  Every second of our time, every dollar of our paycheck.  He deserves and demands all of it to be spent wisely in pursuit of His kingdom.  If He did demand our son, would we trust Him?  Would we trust Him, not knowing what would happen, or if he would be safe?  Probably not, but we should.  Let us never forget the great price He paid for us, and let us praise and serve Him for that.