You are here: Home / Changing the Nation / The Sick

I have a story to tell you.  It begins in Israel beside the sea.  Jesus was teaching the people, helping them to grow in 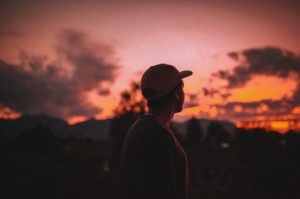 understanding.  As he was walking along, he saw a man named Levi sitting at a tax booth.  Jesus called him, and he followed him.  Later in time, Jesus was eating a meal at Levi’s house.  Several tax collectors and sinners, likely coworkers of Levi, were eating with him.  Now, at this point in time, the Pharisees, a religious sect of the Jews, frowned upon the “righteous” associating with “sinners” in any way, especially eating a meal with them.  Jesus’ act, then, upset the Pharisees very much, as did most of the things he did in his life.

Angered, the Pharisees asked Jesus’ disciples why Jesus would do such an outrageous thing as to eat with imperfect people.  Hearing this, Jesus replied to them:

“And when Jesus heard it, he said to them, ‘Those who are well have no need of a physician, but those who are sick. I came not to call the righteous, but sinners.'” – Mark 2:17

Now, I would hope this statement would raise a question with you.  Firstly, is Jesus implying that the Pharisees were righteous?  This doesn’t make sense, especially when the Bible says in Romans 3:23 that,” for all have sinned and fall short of the glory of God.”

What Jesus truly meant by this, though, is not that the Pharisees were righteous.  Quite the opposite, in fact.  You see, even though the Pharisees thought that they were self-righteous, then were in reality just as guilty as anyone else.  All of us have fallen short.  Not just most, not just some.  All.  The Pharisees were not the “well” in this metaphor, but the sick.  They needed Jesus just as much as those tax collectors and sinners did.  The only difference was that they refused to admit it.

So often we seem to get into the mindset of the Pharisees.  We look around at this broken, messed up world and think,” Man, I’m glad I’m not as bad as them.”  The problem with this thought, though, is that we are as bad as them.  We are human.  That means that, by nature of our nature, we are the sick ones.  It doesn’t matter if others look more sick than us.  That does nothing to change the fact that we are still sick.  The symptoms may vary, but we are all sick in our own right, and that means that not a single one of us is worthy of Heaven.

Than God, though, because He sent His son to take our sickness, our brokenness and our diseases, onto himself in their entirety.  That means that, though we were sick, we can now enter Heaven!  We cannot forget that we are just as sick and broken as all the rest.  Let us never stop showing others the way to the Healer.