You are here: Home / Changing the Nation / The Toilet Brush

Words have power.  Especially in this technological world we live in now, nearly everyone has a voice.  With this new 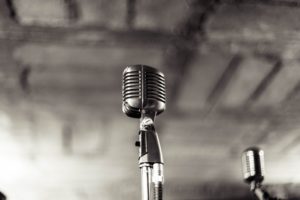 opportunity, though, comes a danger.  With this power and success that we can gain, there comes a certain degree of pride that seeps in.  This holds true even when our voice is being used for God’s glory.

As human beings, we innately want power and control.  We want to decide what is best for us.  Gaining a voice that is listened to, then, is a great feeling for us that tends to make us pretty prideful.  With this comes a certain feeling of superiority to everyone else who doesn’t have a voice, whether you gained yours through your own effort or through following God’s will.  We feel better than them.  After all, we have more influence and status.  This quote, though, has stuck with me for several years now, and sort of defines the pitfalls of this way of thinking:

“If you don’t want to hold a toilet brush, you’ve got no business holding a microphone.” – Mike Donehey (from band Tenth Avenue North)

That statement really humbled me, because no matter how much God uses us, no matter how famous or impactful we are, we still have no right to forsake God’s command to love the least of these (Matt. 25:45).  We are no better than them in any way, shape, or form.  Serving God isn’t just using our strengths, or just the things we enjoy.  We are called to carry our crosses daily (Luke 9:23).  I don’t know if you knew this, but crosses aren’t an easy thing to carry.  They’re awkward, they’re heavy, and they get splinters all over in your hands and shoulders.

Serving God isn’t always going to be fun.  It’s going to suck some times.  You’r e going to be down on your knees, bending over a toilet scrubbing it, maybe literally!

How do we combat this pride?  How do we keep from becoming prideful, even when God is using us?  The answer isn’t a simple one.We must realize our great insignificance before God.  We’re nothing compared to His might and majesty.  I’ve discussed before how great a sin we committed against Him when we rebelled after He gave us both live and free will.  Now, this doesn’t mean we’re worthless before God.  No, on the contrary, we are priceless in His eyes.  Not because of what we’ve done, though.  It is only because He chose to redeem us.

So what if God wants to use someone else?  What if that’s His will?  Well, our prideful selves naturally get offended.  “That’s fine God, just… use me more.”  We want to be the best.  We want to be used the most of everyone who ever existed.  Well, although it’s perfectly fine to have a desire to do everything with excellence to the very best of our ability, but we can’t get caught in this way of thinking.  Being used by God is great, but it’s not ultimately the point.

“Quit praying that I use you, just pray that I move!”- Mike Donehey (from God’s perspective in video Get Smaller)