You are here: Home / My exeriences / Things we can’t Understand 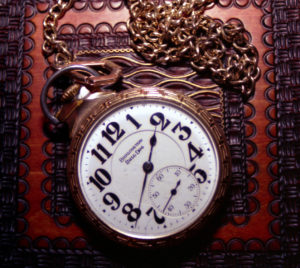 There are a lot of things we can’t understand.  I mean, things very few people have ever fully understood.  So here’s a few I’ve come up with:

I will start out the concept of infinity because many of the others are not understandable due to this concept.  As humans, we live in a world with amounts.  We cannot imagine something that literally never ends, because we inhabit space, and something that never ends would take up all the space, right?

Time is a very confusing thing, though it may not seem that way at first glance.  In Screwtape Letters by C.S. Lewis, he says, “For the Present is the point at which time touches eternity.”

I guess what is more confusing is eternity and its relationship with time.  This is because eternity is infinite and time is not, yet things that dwell in eternity, such as God and angels.

Human souls are also eternal, yet our bodies inhabit time, as Screwtape points out here, “Humans are amphibians…half spirit and half animal…as spirits they belong to the eternal world, but as animals they inhabit time. This means that while their spirit can be directed to an eternal object, their bodies, passions, and imaginations are in continual change, for to be in time, means to change. Their nearest approach to constancy, therefore, is undulation–the repeated return to a level from which they repeatedly fall back, a series of troughs and peaks.”

So what is time?  Well, as the name of this post suggests, we won’t know until we get to heaven.  Here’s one last thing from C.S. Lewis on time, “The Future is, of all things, the thing least like eternity. It is the most temporal part of time–for the Past is frozen and no longer flows, and the Present is all lit up with eternal rays.”  This points out just one more thing we don’t have the answer to, the relationships of past, present and future to each other and to eternity.

I know this is a little cliche, but we honestly cannot understand love.  Love is such a complex and powerful concept that very few ever fully comprehend its power.  Because, once someone fully understands love, they cannot help but to love as fully and completely as they have experienced.

The Trinity is something that Christians have been trying to understand since we learned of it.  However, we have learned only a little aside from the discovery that we cannot understand or describe it properly.  The Trinity is one person, yet three persons, all of which are fully God and God even without the others, yet together they are God.  This is extremely difficult to grasp, especially being human.  After all, how could three people be the same person yet be that person together?  Many people have tried to describe this concept by using the sun or shamrock as analogies, but none of them can convey the concept of the Trinity.  Therefore, we must simply accept that this is something out of our understanding.

Some people get angry with God because they don’t understand why He made something happen.  In reality though, how can we expect to understand the One who created everything perfectly?  Isaiah 55:9 says,” For as the heavens are higher than the earth, so are my ways higher than your ways and my thoughts than your thoughts.”

God is God, an un-created being with the power to create life, time, space, and all that is in it, including us.  We, however, are created beings with minds that inhabit space, therefore meaning they are limited.  We cannot expect to understand the infinitely more wise and complex thoughts of our Creator.

So, the purpose of this post has been to simply give as much explanation of these complex ideas as I am able, and also to emphasize how much we don’t know.  God will always be infinitely smarter, wiser and more powerful than we can ever imagine, even if we have big imaginations sometimes.