You are here: Home / Changing the Nation / Tremble 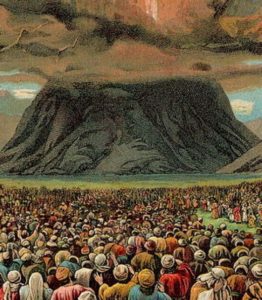 The Israelites where too afraid to even go near to a fraction of the glory of God, for fear of his infinite power.

God is terrifying.  His power is so infinitely vast that we cannot stand in his presence and survive.  I don’t know about you but to me someone that powerful terrifies me.

Isaiah 2:19 says,” Men will go into caves of the rocks and into holes of the ground before the terror of the LORD and the splendor of his majesty, when he arises to make the earth tremble.”

When the Jews were in the desert and God called them to come up the mountain to him, they trembled and told Moses to go up as an ambassador for them because they were too afraid to go.  They saw a small amount of God’s power and were terrified because it was overwhelming.

Seeing God’s power at work is even fearsome for his children, but for those who have rejected him, he is a terrifying and wrathful opponent.  Fortunately, we can trust God and hope in him, even in seeing his infinite majesty.  Deuteronomy 10:20 says,”  Fear the LORD your God and serve him. Hold fast to him and take your oaths in his name.”

It is necessary for us to fear God, but that does not mean to distrust him.  Typically, to fear something is to also distrust something.  However, in fearing God we are simply acknowledging the power and glory of the Lord Almighty.  In conclusion, do not undermine the power and majesty of the Lord, but also do not doubt his goodness.