You are here: Home / Bible Stories / Genesis 1: In the Beginning

“In the beginning God created the heavens and the earth.” – Genesis 1:1 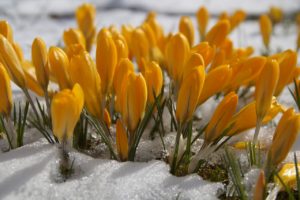 It is a simple, straightforward statement, yet it lays the foundation for an epic story wrought with beauty and tradgedy, filled with love and fear, and riddled with life and death.  The very first words in the beginning of the Bible mark the beginning of a beautiful tale of the creation of our world, our universe, and us.  Lets take a look at this intricate poem in a little more detail.

Right from the start we are given the creator of us, and, its no surprise that He is creating.  The next chapter describes in intricate detail the process God took to create all manner and substance in the universe, seen and unseen.  He starts with Light.

Let’s put this in perspective, if you were painting a picture, and you wanted it to be a beautiful masterpiece rivaled only by the Mona Lisa, what would you do fist?  You would turn on the lights, right?  Because, without light, you have no way of seeing this beautiful work of art you are going to create, and the beauty of it would be worthless, even if you did manage to draw it just fine in the darkness.  God is proud of His work, and it brings great joy to Him to look upon it.  It’s only fitting, then, that He first create the instrument through which to view His masterpiece.

Day two, God created the expanse, or the firmament, which He called heaven.  Now, this wasn’t capital H Heaven, that’s an entirely different Heaven.  This was the sky, and it separated the earth that God had just formed from the endless expanse of space.  In the days to come, He would fill this expanse with all kinds of beautiful flying creatures.

On the third day, God caused the seas to be gathered up, creating dry land.  Then, He created vegetation to cover the earth and produce seeds and grow.  This was the first biological life that God created.  He first prepared the earth to support it, then He planted a garden for the people He planned to create to take care of the world He was making.  This whole process is a beautiful description of God preparing a place for us.

Us.  He made this world with the intent and master plan of creating this unique, strange race of beings called humans that, though they wouldn’t do it perfectly, would take care of His unique, complex world that He gave to them.  I like to think God took great pleasure in picking what types of plants to create, and where to put them.  Maybe He planted a few roses in the Garden of Eden, knowing that He would start a tradition of man giving flowers to a woman for generations to come.  Maybe He planted the coconut tree on the bank of the Tigris river, chuckling to Himself as He saw men of all different types, all of the world, beating their fists as they struggle to get the thing open to taste the sweet milk hidden away inside.

Day four is a very interesting day.  I find it so amazing that God seemed to create the stars and the galaxies almost as an afterthought.  Part way through day four, the Bible says,” He made the stars also.”  I love how casually He speaks of these massive creations of unimaginable size and power.  Notice, also, why He created them:

“And God said, “Let there be lights in the expanse of the heavens to separate the day from the night. And let them be for signs and for seasons, and for days and years,” – Genesis 1:14

God created this enormous, complex, and ever expanding universe that we still cannot begin to comprehend, just for our benefit.  He made the stars so that we could see better at night, so we could navigate as we explore His world He made for us, and so we could track the time we spent here.  I think that is just one more proof of how much He loves us.

Lastly before we end this, let’s take a look at the fifth day of creation.  On this day, God made all the creatures that swim in the waters, and all the birds that fly in the heavens.  I wonder why God would make the flying and swimming creatures first.  Maybe He just wanted something to greet all the other beasts as they went to the waters to drink, only to look down and see a weird, scaly thing staring back at them.  Who knows, but it’s always fun to imagine.

Anyways, I hope you learned a few things about the creation story from this.  I’ll be posting a second part of this focusing specifically on Man.  I figured that was a story in its own right, so I’ll save it for another day.