You are here: Home / Bible Stories / The Church and the World

In 1 Corinthians 5, Paul addresses a rather sensitive and oft-avoided topic in the church.  In this chapter, he discusses 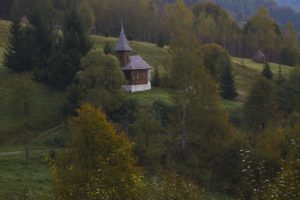 the issues of immorality in the church, excommunication, and the difference between those in the church and those outside of it.  Let’s read the beginning of the chapter and dive into its meaning:

“It is actually reported that there is sexual immorality among you, and of a kind that is not tolerated even among pagans, for a man has his father’s wife. And you are arrogant! Ought you not rather to mourn? Let him who has done this be removed from among you.”

“For though absent in body, I am present in spirit; and as if present, I have already pronounced judgment on the one who did such a thing. When you are assembled in the name of the Lord Jesus and my spirit is present, with the power of our Lord Jesus, you are to deliver this man to Satan for the destruction of the flesh, so that his spirit may be saved in the day of the Lord.” – 1 Corinthians 5:1-5

So, this man from the church has done this awful, unspeakable thing.  He did this, and what did the church do?  They let him stay in the church like nothing happened!  I think at the mention of excommunication many people immediately get defensive.  They think, “The church is supposed to love sinners, right?  Why should we kick them out for anything?”  My answer to that question is this:  Christians as Christ’s bride are called to a higher standard.  We are proclaiming ourselves as lovers of the One true God, and therefore since we take this title, we are different from the rest of the world.

I will elaborate more after we read the rest of the chapter, but right now I want to point out to you the reason for excommunication.  Verse five says that they are delivered to Satan now so that they may be saved later when the time comes to make their final choice.  It is better to endure suffering now and be led to Christ through it than to live an unopposed sinful life and go to Hell for it in the end.  Excommunication isn’t meant to reject the person as a Christian and condemn them to Hell.  In fact, quite the opposite!  It is meant to lead the person to realize their sinful actions that led to the excommunication, and to repent and return to Christ.  This is a very important distinction, and shows us the importance of excommunication in a church body.  Now, let’s read the rest of this chapter:

“Your boasting is not good. Do you not know that a little leaven leavens the whole lump?  Cleanse out the old leaven that you may be a new lump, as you really are unleavened. For Christ, our Passover lamb, has been sacrificed.  Let us therefore celebrate the festival, not with the old leaven, the leaven of malice and evil, but with the unleavened bread of sincerity and truth.”

“I wrote to you in my letter not to associate with sexually immoral people— not at all meaning the sexually immoral of this world, or the greedy and swindlers, or idolaters, since then you would need to go out of the world. But now I am writing to you not to associate with anyone who bears the name of brother if he is guilty of sexual immorality or greed, or is an idolater, reviler, drunkard, or swindler—not even to eat with such a one.  For what have I to do with judging outsiders? Is it not those inside the church whom you are to judge?  God judges those outside. ‘Purge the evil person from among you.’” – 1 Corinthians 5:6-13

There is an important difference between those that are a part of the body of Christ and the people of the world.  I love it when Paul says, “That’s not at all what I meant!” (v. 10)  He tells them that we are supposed to associate with the sinners in this world!  Ignoring them would only lead them to Hell, which is not our goal.  No, we are supposed to be “in the world but not of it”.  That means that we actually go into the world!  We are meant to love them and to live life with them and show them Christ through our own life.  Never were we meant to not associate with them.

Now, the opposite is true for Christians living a blatantly immoral life.  We are called to a higher standard when we claim to love Christ.  Because of this, we are to treat such an action as detestable, and to excommunicate them from the church.  As we already discussed, this is in hopes of saving their souls, not damning them.

Often in our churches we do the exact opposite of what Paul commands in this chapter.  We refuse to associate with the “worldly people” outside of our church, yet we tolerate sin inside our church because it’s “wrong to judge.”  It’s even used as a joke now to imply that someone is judging someone else in the church, as if its obviously wrong.  It’s not.  We are commanded to judge those inside of the church in order that each of us may live as fully devoted to Christ as possibly, pointing out weak points in others and helping them defend against them as a community, rather than ignoring our weaknesses altogether in fear of “judging” somebody.

Love everyone you meet both inside and outside of your church, but hold your brothers and sisters to a higher standard than the rest, so that you may all live completely for Christ.